Many Mormon missionaries are asked to serve in places far from their home where they are required to learn to speak a foreign language.  Preaching the gospel of Jesus Christ to all the people of the world, each in their own language, is a mandate from God.  In a revelation to Joseph Smith the Prophet in 1833, the Lord said, “For it shall come to pass in that day, that every man shall hear the fulness of the gospel in his own tongue, and in his own language, through those who are ordained unto this power.” (Doctrine and Covenants 90:11)

Prior to my mission call, I had studied French in high school, and when I filled out my mission papers, I indicated that experience and my desire to go to a non-English speaking mission.  I knew that despite two-years of French in high-school, my ability communicate in a foreign language was very poor, so I was a little apprehensive about really learning to speak a new language.  But I found faith and strength in the fact that so many missionaries had gone before me and had learned to speak a new language.

When I received my mission call to a Spanish speaking country, Argentina, I knew the challenge would be even greater than I previously thought.  After spending nine weeks at the Missionary Training Center (MTC) learning Spanish, I found myself in Argentina.  Hearing the people speak there, I wondered if they taught me the wrong language, because I could barely understand anything.  In fact, soon I found out that Argentine’s don’t speak Spanish, they speak el Castellano (Argentina’s version of Spanish). 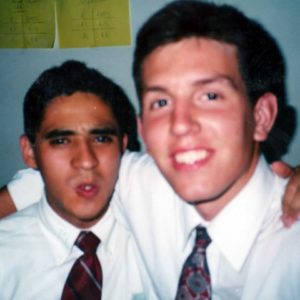 The missionary daily schedule has built in 30 minutes of language studying each day, but for me, I found that wasn’t helping my language skills improve fast enough.  So for the first six months I spent in Argentina, I got up a half hour early to get a full hour of language studying each day.  My companions were a big help as well.  Both of my first two companions were native Argentine’s.  The first spoke English, but the second spoke no English.  I had only been in Argentina for three months when I was placed with my second companion.  Those days of pure Spanish speaking, so early in my mission, were very difficult, but undoubtedly helped my language skills tremendously.  I can remember dreaming in English, and then waking and dreading when I realized I had to communicate entirely in Spanish.

With time, my comfort with the Spanish language improved.  In fact, in the later half of my mission I got frequent compliments on my language skills.  One brother, in the Arroyito Ward of Rosario, paid me the ultimate compliment when he said that it took him a few minutes of listening to me speak before he realized I was an American.  He said I had a very good “Porteno” (Buenos Aires) accent.  But those language skills never would have come without hard work and blessings from the Lord of the gift of tongues.

President Thomas S. Monson once said, “Make it known to the young people that it is not certain that the Lord will direct their paths to do missionary work in an area where the language they have learned is spoken. But if they are called to a completely different country, they will at least have the advantage of having learned well a second language. Learning another language is then usually not so difficult for them, because they have learned how to study and therefore will make rapid progress, especially when they are guided by the Spirit of the Lord.”

Elder Jacob de Jager said, “Some missionaries go to the Missionary Training Center to learn a foreign language with great fears because they are afraid they will not be able to learn the language of their assigned mission area. Let me relieve these fears. I have seen the very practical approach of language teaching in the MTC, and I believe in the gift of tongues. Miracles happen when missionaries learn to speak in a foreign language by the power of the Spirit.” 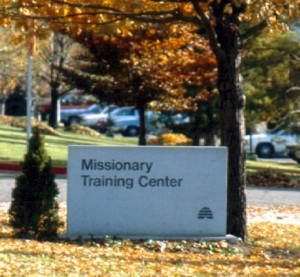 President Joseph F. Smith received the gift of tongues when, as a young man, he went out on his mission. He said: “I was in a foreign land, sent to preach the gospel to a people whose language I could not understand. Then I sought earnestly for the gift of tongues, and by this gift and by study [I am sure he put in a lot of hours], in a hundred days after landing upon those islands I could talk to the people in their language as I now talk to you in my native tongue.” (Gospel Doctrine, Salt Lake City: Deseret Book Co., 1939, p. 201)

Learning to speak a new language is not easy, but there are some things future missionaries can do to be more prepared for this trial. Steven R. Wright, one time director of language training at the Missionary Training Center, said, “be sure to do these three things: study the language regularly and faithfully, use the language whenever possible, and seek divine assistance.” Here are some further suggestions from Brother Wright: