Blog - Latest News
You are here: Home1 / Obey with Exactness 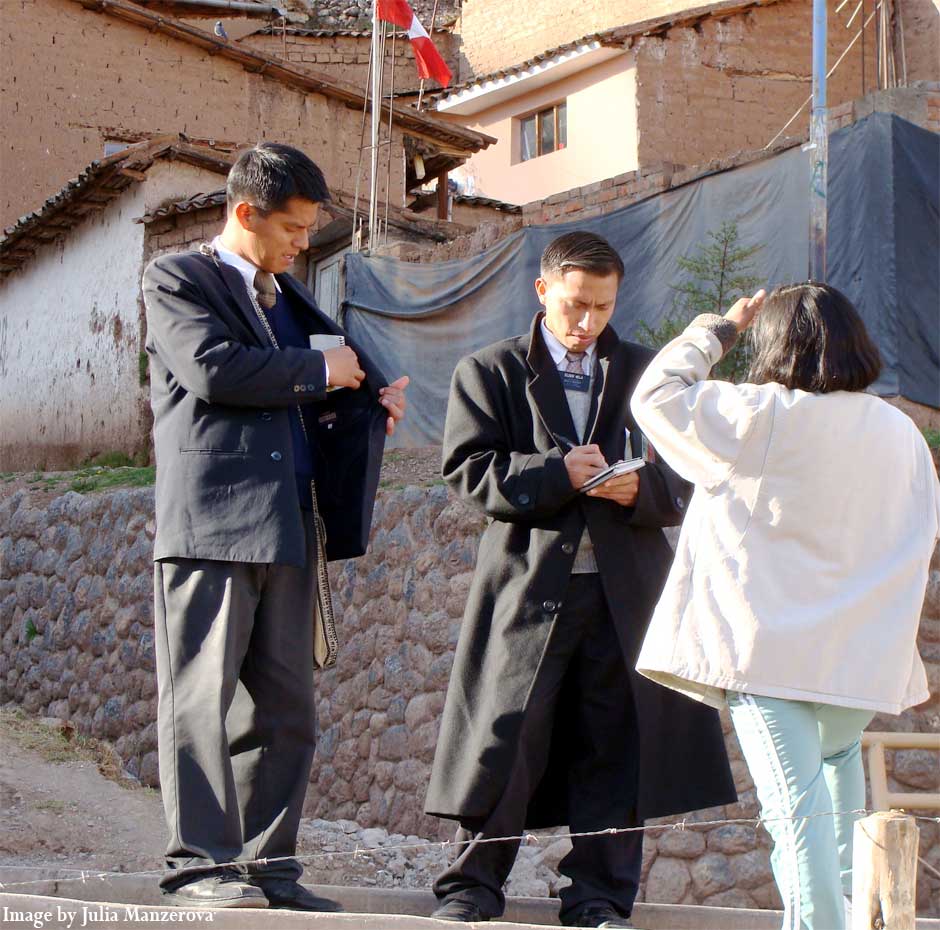 The success of a full-time missionary of The Church of Jesus Christ of Latter-day Saints is largely measured by their ability to find, teach, baptize, and confirm new members and to help them become faithful followers of Jesus Christ. Mormon missionaries are generally young, they are mostly independent, companionships of two working alone each day in their assigned area, and therefore, a strict daily schedule and an exhaustive handbook of rules has been developed to help them be successful in reaching those goals. As missionaries obey with exactness, they will have the Lord’s Spirit more fully and they will be guided to the success the Lord desires for them.

Obedience is an Act of Faith

The mission rules and schedule can only help missionaries if they are obeyed. This is why missionaries hear repeated talks and lessons about the importance and blessings of obedience. And to drill in the point, missionaries are often taught about exact obedience, a phrase which comes from the Book of Mormon prophet Helaman in this recounting of the 2,000 stripling warriors. Said Helaman: “Yea, and they did obey and observe to perform every word of command with exactness” (Alma 57:21). And we know that due to their faith, bravery, and their exact obedience, though they fought in many battles, none of these 2,060 young men lost their lives.

This is what the Church teaches missionaries in the Preach My Gospel (PMG) study guide: “As a missionary, you are expected to keep the commandments willingly, to obey mission rules, and to follow the counsel of your leaders. Obedience is the first law of heaven. It is an act of faith. You may sometimes be required to do things you do not completely understand. As you obey, you increase in faith, knowledge, wisdom, testimony, protection, and freedom. Strive to be obedient to the Lord, the living prophet, and your mission president” (PMG p. 122).

I had the importance and blessings of obedience with exactness reinforce in me during my mission from the time I was in the MTC. As a result of an excellent lesson from an MTC teacher, I set a goal that stayed with me throughout my mission to work hard, obey, and love others. I was also lucky enough to have a great trainer in my first mission area who taught me through word and deed to keep the mission schedule and all the missionary rules and we were blessed with much success. In another area in my mission, I learned the importance of exact obedience when, even though it was difficult, we left our apartment on time in the morning, and if we hadn’t, we would not have met Juan Carlos Lopez, who was converted and baptized. I know that the success I had as a missionary was a result of my efforts to be obedient to the commandments and the mission rules.

Great blessings is what the Lord has said we can expect from obedience to His commandments. In fact, the Lord has said that any blessing we receive from Him is a result of obeying the heavenly law that it is based upon. It’s in D&C 130: 20-21 “There is a law, irrevocably decreed in heaven before the foundations of this world, upon which all blessings are predicated— And when we obtain any blessing from God, it is by obedience to that law upon which it is predicated.”

Speaking to missionaries, Elder L. Tom Perry spoke of the blessings servants of the Lord can expect when they are obedient to mission rules. “The discipline contained in daily obedience and clean living and wholesome lives builds an armor around you of protection and safety from the temptations that beset you as you proceed through mortality” (Elder L. Tom Perry, “Called to Serve”, May 1991).

Joseph Smith was Taught to Obey with Exactness

Joseph Smith was taught by the Angel Moroni of the importance of exact obedience. The follow story is related by the Prophet’s mother, Lucy Mack Smith:

“On the twenty-second of September, 1824, Joseph again visited the place where he found the plates the year previous; and supposing at this time that the only thing required, in order to possess them until the time for their translation, was to be able to keep the commandments of God—and he firmly believed he could keep every commandment which had been given him—he fully expected to carry them home with him. Therefore, having arrived at the place, and uncovering the plates, he put forth his hand and took them up, but, as he was taking them hence, the unhappy thought darted through his mind that probably there was something else in the box besides the plates, which would be of some pecuniary advantage to him. So, in the moment of excitement, he laid them down very carefully, for the purpose of covering the box, lest some one might happen to pass that way and get whatever there might be remaining in it. After covering it, he turned round to take the Record again, but behold it was gone, and where, he knew not, neither did he know the means by which it had been taken from him.

“At this, as a natural consequence, he was much alarmed. He kneeled down and asked the Lord why the Record had been taken from him; upon which the angel of the Lord appeared to him, and told him that he had not done as he had been commanded, for in a former revelation he had been commanded not to lay the plates down, or put them for a moment out of his hands, until he got into the house and deposited them in a chest or trunk, having a good lock and key, and, contrary to this, he had laid them down with the view of securing some fancied or imaginary treasure that remained.

“In the moment of excitement, Joseph was overcome by the powers of darkness, and forgot the injunction that was laid upon him. Having some further conversation with the angel, on this occasion, Joseph was permitted to raise the stone again, when he beheld the plates as he had done before. He immediately reached forth his hand to take them, but instead of getting them, as he anticipated, he was hurled back upon the ground with great violence. When he recovered, the angel was gone, and he arose and returned to the house, weeping for grief and disappointment.” Chapter 18, History of Joseph Smith By His Mother 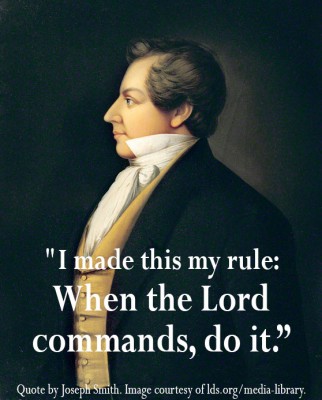 Through this, and many other experiences throughout his early life, Joseph learned the importance of obeying with exactness. In fact, he made obedience his motto. Said he, “I made this my rule: When the Lord commands, do it” (History of the Church, 2:170).

In conclusion, please know that as a missionary and throughout your life, perhaps the most important commandments from God are the ones you receive through the Holy Ghost. It is, then, equally important to obey the promptings of the Spirit with exactness, which is a principle recently taught by President Russell M. Nelson. He said, “My first recommendation is to learn for yourselves who you really are. Ask your Heavenly Father, in the name of Jesus Christ, how He feels about you and your mission here on earth. If you ask with real intent, over time the Spirit will whisper the life-changing truth to you. Record those impressions and review them often, and follow through with exactness. I promise you that when you begin to catch even a glimpse of how your Heavenly Father sees you and what He is counting on you to do for Him, your life will never be the same!” (see the Jan 2016 talk entitled Becoming True Millennials).

Preparing to Receive the Melchizedek Priesthood