Blog - Latest News
You are here: Home1 / Having a Positive Attitude 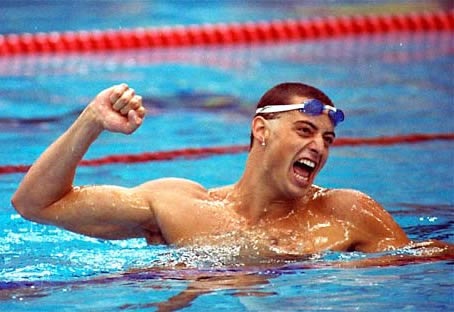 Having and maintaining a positive attitude, even in the face of setbacks and rejection, is a vital trait for becoming an effective missionary. The Mormon mission experience has rightly been called the best two years. But, in a lot of ways, it is also the hardest two years. And perhaps it is because it is so hard at times that it causes missionaries to grow and develop and have experiences that shapes their lives and make it a formative, best two years.

On your mission, there will be days (perhaps even weeks or months) where you feel like everyone is rejecting your message. You may feel like you are working so hard, and striving to be worthy, and trying to do the Lord’s will, yet you may not be seeing the fruits of your labor.  That can certainly be discouraging. But the missionaries who are able to maintain a positive attitude throughout those trials are certain to bounce back quicker, be happier, and be more successful instruments in the hands of the Lord.

Matt Biondi is one of the most decorated swimmers in US Olympic history. He swam in the 1984, 1988, and 1992 Summer Olympics, and won a total of 11 medals, 8 of them gold. But Biondi was also involved in a couple of the most notable defeats of any of the swimmers in the 1988 summer games.

Coming into the 1988 Olympics in Seoul Korea, Biondi was touted as having a good chance at 7 gold medals. His first race was the 100 meter butterfly, which he was favored to win. Biondi made it to the finals and had the lead in the race, when he chose to glide the last few feet to the finish line, rather than taking another stroke, and was beat out for the gold.

Biondi’s next race, the 200-meter freestyle, was another one he was favored to win. But he ended up coming in a disappointing third place. Many people wondered how Biondi would react, and if he would be able to bounce back from these discouraging setbacks. But a University of Pennsylvania psychologist named Martin Seligman didn’t wonder.

Seligman had a theory that how people respond to setbacks—optimistically or pessimistically—is a fairly accurate indicator of how well they will succeed in sports and other kinds of work. Seligman tested his theory on Biondi and others of the U.S. Olympic swim team prior to the 1988 games.

In the test, the coaches would tell the athletes that they had swum the event worse than they actually had. For example Matt Biondi swam the 100 fly in 50.2 seconds, but was told he swam it in 51.7. Disappointed, he swam it again a few minutes later, and swam it in 50.0 seconds. He got faster than his initial, seemingly disappointing, swim. Overall, the test showed that optimists either maintained or improved performance after a disappointment initial try. Pessimists, on the other hand, on average deteriorated by 2 seconds in a 100-yard event—generally the difference between first place and dead last.

So in those 1988 Olympic Games, when Matt Biondi had major setbacks in his first two races, those who knew of his positive attitude and ability to bounce back with an even better performance were not surprised when he won the gold in his next five events.*

Opposition in All Things

When you are involved in the work of the Lord and the building of God’s Kingdom, as missionaries are, you can expect opposition from the devil. The Book of Mormon prophet Lehi, in Second Nephi 2: 11 and 15, taught that opposition is to be expect, and that it is even necessary.

Our Savior Jesus Christ, in Matt. 5: 10-11, taught us that we who are his followers can expect trials and persecution. “Blessed are they which are persecuted for righteousness’ sake: for theirs is the kingdom of heaven. Blessed are ye, when men shall revile you, and persecute you, and shall say all manner of evil against you falsely, for my sake.” If the Lord says that we are blessed for being persecuted, then I believe it. Having that attitude certainly help me stay positive in the face of rejections during my mission, and it will do the same for you.

Faith and Hope are the Opposite of Despair

The choices we make and the attitudes we have in the face of trials and opposition determine what kind of missionary we are going to be. When a door is slammed in your face, when someone gives you a fake address (this happened all the time in Argentina), when you feel like nothing is going right, how will you react? Will you put a smile on your face, and keep moving forward with faith and hope in Christ?

If you have charity, the pure love of Jesus Christ, in your heart, and if you truly feel that love for the people in your mission, you will have hope, and faith, and you will maintain a positive attitude, and you will be more successful.

How to Get a Positive Attitude

So if you find yourself with a bad attitude on the mission, what do you do? Elder Boyd K. Packer, President of the Quorum of the Twelve Apostles, admonished us to study the scriptures and the words of the prophets in such instances. “True doctrine, understood, changes attitudes and behavior.” (Ensign, Nov. 1986) 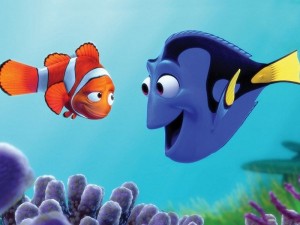 I’ll conclude with a couple of passages from the Preach My Gospel manual: “The attitude you have toward your mission experience is a reflection of your love toward your Heavenly Father and His Son and your respect for the priesthood.” (PMG p. 151) “Hope is an abiding trust that the Lord will fulfill His promises to you. It is manifest in confidence, optimism, enthusiasm, and patient perseverance. It is believing and expecting that something will occur. When you have hope, you work through trials and difficulties with the confidence and assurance that all things will work together for your good. Hope helps you conquer discouragement.” (PMG p. 117)

So remember what Dory, from the movie Finding Nemo, said, “You know what you gotta do when life gets you down? Just keep swimming!”