Blog - Latest News
You are here: Home1 / Marks of a Man

This story, written by an anonymous author and cited in the book “Raising the Bar” by Ed J. Pinegar, is a favorite of many missionaries. I think it captures well the signs and feelings of a missionary who faithfully served the Lord and is returning with honor.

Marks of a Man

As I jumped on board my flight from Miami to Salt Lake City, I paused for a moment to catch my breath. Seated near the front of the plane was an excited young man, probably 19, sitting with his parents. His hair was short, his clothes new and sharp. His suit was fitted perfectly; his black shoes still retained that store bought shine. His body was in good shape, his face and hands were clean. In his eyes, I could see a nervous look; his movements were that of an actor on opening night.

He was obviously flying to Utah to become a missionary for the LDS church. I smiled as I walked by, and took pride in belonging to the same church where these young men and women voluntarily serve the Savior for two years. With this special feeling, I continued back to where my seat was located. 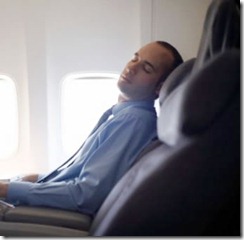 As I sat down in my seat, I looked to the right and to my surprise saw another missionary, sleeping in the window seat. His hair was also short, but that was the only similarity between the two. This one was obviously returning home, and I could tell at a glance what type of missionary he had been.

The fact that he was already asleep told me a lot. His entire body seemed to let out a big sigh. It looked as if this was the first time in two years that he had even slept, and I wouldn’t be surprised if it was.

As I looked at his face I could see the heavy bags under his eyes, the chapped lips, the scarred and sunburned face caused by the fierce Florida sun.

His suit was tattered and worn. A few of the seams were coming apart, and I noticed that there were a couple of tears that had been hand sewn with a very sloppy stitch. I saw the nametag, crooked, scratched, and bearing the name of the church he represented, the engraving of which was almost all worn away.

I saw the knee of his pants, worn, and white, the result of many hours of humble prayer. A tear came to my eye as I saw the things that really told me what kind of missionary he had been. I saw the marks that made this boy a man.

His feet, the two that had carried him from house to house now lay there swollen and tired. They were covered by a pair of worn out shoes. Many of the large scrapes and gouges had been filled in by countless polishing.

His books—laying across his lap—were his scriptures-the word of God. Once new these books which testify of Jesus Christ and his mission were now torn, bent, and ragged from use.

His hands, those big, strong hands which had been used to bless and teach, were now scarred and cut from knocking on doors.

Those were indeed the marks of a man. And, as I looked at him, I saw the marks of another man, the Savior, as he was hanging on the cross for the sins of the world.

His feet, those that had once carried him throughout the land during his ministry, were now nailed to the cross.

His side, now pierced with a spear, sealing his testimony with his life.

His hands, the hands that had been used to ordain his servants and to bless the sick were also scarred with the nails that were pounded to hang him on the cross.

Those were the marks of a great man.

As my mind returned to the missionary, my whole body seemed to swell with pride and joy because I knew, by looking at him, that he had served his Master well.

My joy was so great that I felt like running to the front of the plane, grabbing the new missionary, and bringing him back to see what he could become, what he could do.

But, would he see the things I saw? Could anyone? Or, would he see just the outward appearance of that mighty elder, tired and worn out, almost dead?

As we landed, I reached over and tapped the returning missionary to wake him up. As he awoke, it seemed like new life poured into his body. His whole frame seemed to fill as he stood up, tall and proud. As he turned his face toward mine, I saw a light that I had never seen before. I looked into his eyes. Those eyes. I will never forget those eyes. They were the eyes of a prophet, a leader, a follower, a servant. They were the eyes of the Savior. No words were spoken. No words were needed.

As we unloaded, I stepped aside to let him go first. I watched as he walked, slow but steady, tired but strong. I followed him, and found myself walking the way he did.

When I came through the doors, I saw the returning missionary in the arms of his parents, and I couldn’t hold it any longer. With tears streaming down my face, I watched these loving parents greet their son, who had been away for such a long time, and I wondered if our parents in heaven would greet us in the same manner. Will they wrap their arms around us and welcome us home from our journey on earth? I believe they will. I just hope that I will be worthy enough to receive such praise, as I’m sure this missionary will. I said a silent prayer, thanking the Lord for missionaries like this young man. I don’t think I will ever forget the joy and happiness he brought to me that day.

For the Strength of Youth Standards Raising the Bar: Missionaries to Match the Message
Scroll to top