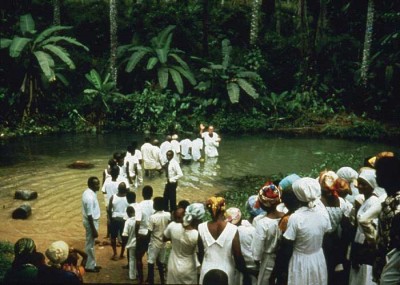 2018 marks the 40th anniversary of Official Declaration 2 of The Church of Jesus Christ of Latter-day Saints, also known by many as the LDS Church’s 1978 Revelation on the Priesthood which allowed all black people to receive the priesthood. In another post, I go into more detail of the history of the Church’s restriction prohibiting priesthood ordinations of blacks. For today, though, I’d like to simply discuss the substance of the 1978 revelation and some of the contemporary reactions to it.

Preface to the 1978 Revelation on the Priesthood

Official Declaration 2, on the internet version, is prefaced with this comment: “During Joseph Smith’s lifetime, a few black male members of the Church were ordained to the priesthood. Early in its history, Church leaders stopped conferring the priesthood on black males of African descent. Church records offer no clear insights into the origins of this practice. Church leaders believed that a revelation from God was needed to alter this practice and prayerfully sought guidance.”

Revelation on Blacks and the Priesthood 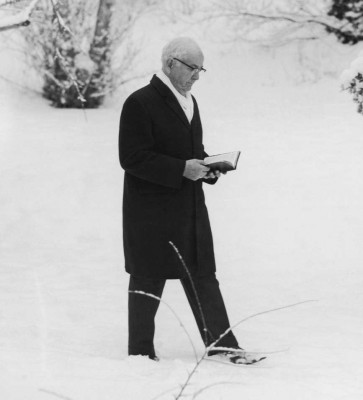 On June 1, 1978, that revelation came to the prophet and Church president, Spencer W. Kimball. The revelation removed all restrictions with regard to race and granted the priesthood to all men solely on the basis of personal worthiness. A week later, on June 8, 1978, the First Presidency sent a letter to all Church leaders throughout the world which stated:

As we have witnessed the expansion of the work of the Lord over the earth, we have been grateful that people of many nations have responded to the message of the restored gospel, and have joined the Church in ever-increasing numbers. This, in turn, has inspired us with a desire to extend to every worthy member of the Church all of the privileges and blessings which the gospel affords.

Aware of the promises made by the prophets and presidents of the Church who have preceded us that at some time, in God’s eternal plan, all of our brethren who are worthy may receive the priesthood, and witnessing the faithfulness of those from whom the priesthood has been withheld, we have pleaded long and earnestly in behalf of these, our faithful brethren, spending many hours in the Upper Room of the Temple supplicating the Lord for divine guidance.

He has heard our prayers, and by revelation has confirmed that the long-promised day has come when every faithful, worthy man in the Church may receive the holy priesthood, with power to exercise its divine authority, and enjoy with his loved ones every blessing that flows therefrom, including the blessings of the temple. Accordingly, all worthy male members of the Church may be ordained to the priesthood without regard for race or color. Priesthood leaders are instructed to follow the policy of carefully interviewing all candidates for ordination to either the Aaronic or the Melchizedek Priesthood to insure that they meet the established standards for worthiness.

We declare with soberness that the Lord has now made known his will for the blessing of all his children throughout the earth who will hearken to the voice of his authorized servants, and prepare themselves to receive every blessing of the gospel.

Witness to the Revelation

Bruce R. McConkie of the Twelve was present when the priesthood revelation was received and spoke of that moment:

“The Spirit of the Lord rested upon us all; we felt something akin to what happened on the day of Pentecost and at the Kirtland Temple. From the midst of eternity, the voice of God, conveyed by the power of the Spirit, spoke to his prophet. The message was that the time had now come to offer the fullness of the everlasting gospel, including celestial marriage, and the priesthood, and the blessings of the temple, to all men, without reference to race or color, solely on the basis of personal worthiness. And we all heard the same voice, received the same message, and became personal witnesses that the word received was the mind and will and voice of the Lord.” (Kimball, Spencer W.; et al. (1981), Priesthood, Salt Lake City, Utah: Deseret Book, pp. 127–128, ISBN 0877478597, OCLC 7572974)

Reaction to the Revelation

Elder Dallin H. Oaks, current member of the Quorum of Twelve Apostles, and President of the LDS Church owned Brigham Young University at the time in 1978, had this reaction to the revelation.

I had many times that my heart ached for that, and it ached for my Church, which I knew to be true and yet blessings of that Church were not available to a significant segment of our Heavenly Father’s children. …Nobody was more relieved or more pleased when the word came. I remember where I was when I learned that the priesthood would be available to all worthy males, whatever their ancestry. I was at a mountain home that our family had purchased to have a place of refuge. I had my sons up there, and we were digging. …The phone rang in the house. I went inside, and it was Elder Boyd K. Packer. He said: “I have been appointed to advise you as a representative of the academic people, many of whom have been troubled by the ban on the priesthood, professors, and students, and so on. As president of Brigham Young University and as their representative, I’ve been appointed to advise you that the revelation has been received that all worthy male members will be eligible to receive the priesthood, whatever their ancestry.” I thanked him, and I went outside and I told my boys, and I sat down on that pile of dirt and cried. And I still feel emotion for that moment. I cried for joy and relief that the Lord had spoken through His prophet, that His blessings were now available to all: the blessings of the priesthood, the blessings of the temple, and the blessings of eternity. That’s what we desired. I praise God for it.” (See Elder Dallin H. Oaks’ Reaction to Priesthood Revelation on MormonNewsroom.org)

The Church in Africa Prior to the Revelation

Prior to the 1978 revelation on the priesthood, there were a few black African converts. These people had learned 0f the gospel through various means, and some were even baptized. But Church leaders were reluctant to formally establish the Church or missionary work in these “areas of the world where the full blessings of the gospel could not be conferred upon worthy Church members” (Our Heritage: A Brief History of The Church of Jesus Christ of Latter-day Saints, Chapter 10).

“In 1960, Glen G. Fisher returned from South Africa after serving as mission president there. The First Presidency asked him to stop in Nigeria and investigate groups which had organized themselves into church units and had taken the name of The Church of Jesus Christ of Latter-day Saints. …Unbaptized converts in Africa received Church literature and inspired direction through the years until 1978. Often these devoted people went to great lengths to communicate with Church headquarters.”

One such pioneer was Joseph W. B. Johnson of Ghana. “Brother Johnson was converted after prayerfully reading the Book of Mormon in 1964.” Said he, “from that day onward, I was constrained by the Spirit to go from street to street to deliver the message that we had read from the Book of Mormon.” “When the missionaries arrived fourteen years later, there were already many unbaptized congregations that Brother Johnson had organized, calling themselves The Church of Jesus Christ of Latter-day Saints.” (see Gospel Pioneers in Africa by E. Dale LeBaron)

Response in Africa After the Priesthood Revelation

“After the Proclamation on the Priesthood on June 9, International Mission President James E. Faust assigned Ted Cannon and Merrill Bateman to visit Africa and try to locate the various groups and their members. Ted and Merrill Bateman departed for Accra, Ghana on August 12, 1978. One of the first groups they visited was in Cape Coast, Ghana.” In Calabar, Nigeria, “Ted and Brother Bateman were miraculously led to Ime Eduok who introduced them to many of the leaders they were seeking. After two weeks in West Africa, Ted and Brother Bateman agreed that their recommendation to the First Presidency would be to send missionaries.”

“The first official baptisms in Ghana took place on December 9, 1978 at a beach just east of Cape Coast. This historic baptism of 89 people took place on a beach …[and] confirmations took place at water’s edge. The confirmations continued into the night, under the glow of the moon.”

“Back in Nigeria, …they interviewed and baptized 182 people, confirmed them, and organized them into four branches, all in one day. By the time they left Africa, the Cannons and Mabeys had baptized 1,725 people, and organized 35 branches and 5 districts.” (See Cannon Ties to West Africa go back to 1790 on africawest.lds.org)

The Church among Blacks and Africans Today

The Church does not keep statistics on the race or ethnicity of its members, so exact figures on the number of black Mormons is not possible to obtain. Some estimate there to be between 350,000 and 500,000 members of the Church with black African heritage.  If so, that would represent about 3% of Church membership world wide.

The organization of the Church encourages complete racial integration. Church leaders today unequivocally condemn all racism, past and present (see the Church’s statement on Race and the Priesthood). Where there are Mormons of various racial backgrounds in a community, they attend church and worship together. A black bishop may lead a mostly white ward or stake, or vice versa; there are no racially segregated congregations.

The Church has said that “Africa is one of the fastest growing areas of The Church of Jesus Christ of Latter-day Saints with some 320,000 members” as of February 2011, with “more than 900 congregations across the continent” (see Mormons in Africa: A Bright Land of Hope). There are three operating LDS temples on the African continent–Aba Nigeria, Accra Ghana, and Johannesburg South Africa–with two more planned for Durban South Africa and Kinshasa Democratic Republic of the Congo (see ldschurchtemples.com/maps).

Missionary Service for Members with Physical, Mental, and Emotional Challen...