Summary: James Manyok Ayuen, one of the Lost Boys of Sudan, endured trials that most of us can’t even imagine. Yet he remained faithful to his Christian faith and after migrating to the U.S., met the missionaries and eventually joined The Church of Jesus Christ of Latter-day Saints. 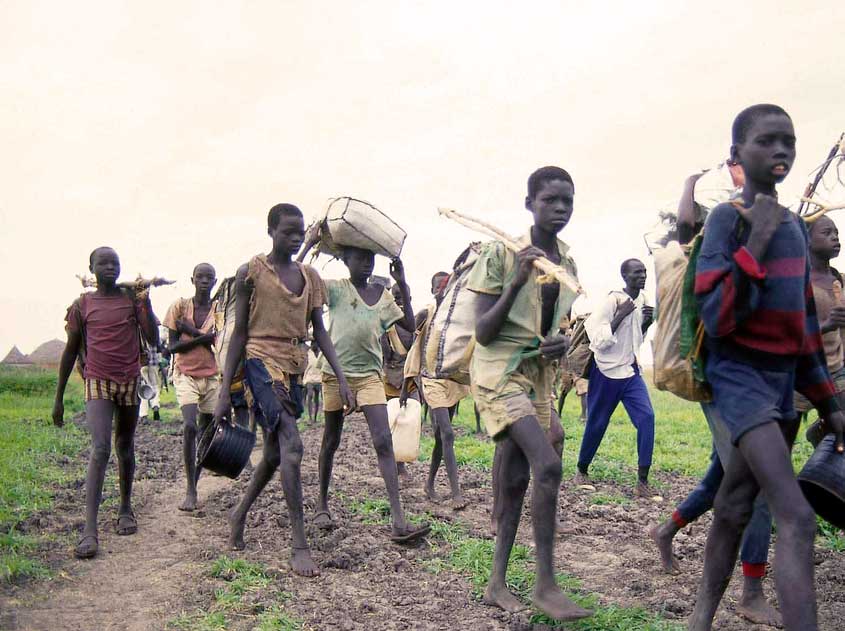 In 2014, I was privileged to hear a talk by James Manyok Ayuen, one of the Lost Boys of Sudan. He gave a fascinating account of himself and thousands of other young people who had been forced out of the Sudan during that country’s civil war which began in 1983. James and the other youths walked over a thousand miles from Sudan to a refugee camp in Ethiopia. During the journey, nearly half of the group, and almost all of the girls, died from malnutrition and exposure. It was at this point that this group of thousands of displaced young men were given the name, the Lost Boys of Sudan.

A few years later, the Lost Boys again found themselves unwanted and were forced to make another trek of more than 1,000 miles, this time to a refugee camp in Kenya. Once again, they had very little food or other supplies, and many were naked, without even a shirt or pants. Youths who lagged behind or strayed from the road, looking for food, often fell prey to the lions and other wild animals in the area.

James was only a young boy when he made these journeys. He survived these difficult circumstances with a positive attitude, a fierce determination, and the wisdom and maturity of someone much older. James had the attitude that if the taller, older boys could do something, he could do it too. When the group was crossing a river in Sudan, many boys drowned when they climbed onto the shoulders of one another because they didn’t know how to swim. James seeing this disaster, wisely waited until no other boys were around to cross, so they wouldn’t trample and kill him. Though smaller than most of the others, James was able to stay with the group, by running to the front, then resting for several hours, as the group continued to go by. Then he’d get up and race to the front again, thus he was able to stay with the group and not fall behind and risk death.

These young men had been raised by good Christian parents, and according to James, most were Episcopalian. In their refugee camps, they did their best to educate one another in reading, math, and faith. Without paper, pencils, or other supplies, school work was done by writing with fingers in the dirt. Though poor as to worldly things, James was not poor in spirit and maintained his faith in God. During these difficult times, James often prayed for three things: 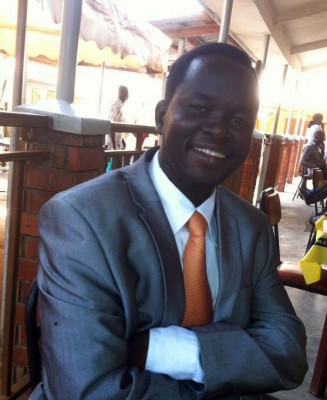 Eventually, through some UN and US intervention, James and many of the Lost Boys of the Sudan were able to come to the United States. Selection to come to the United States, though, was not automatic and James had to be interviewed on and off for five years before he was brought to the US with some of the other lost boys. With no good birth records, the Lost Boys had to guess their age. James had heard that if he was over 18, he would have freedom to do whatever he wants in the US, though it also put him on his own rather than with a foster family. James choose the over-18 route, and was sent to the US with other Lost Boys, given a three-month supply of food, and from there he was on his own.

Soon after moving to the United States, James had gotten all three of those things he had prayed for, and he had them in abundance. He got his GED and was enrolled in college. People had given him more clothes than he could handle and had to turn much of it away. He was able to get a bike and then someone gave him a second bike. He felt God had heard and answered all his prayers.

Meeting the Missionaries from the LDS Church

James was living in a Philadelphia apartment with four other Lost Boys, when he met the missionaries from The Church of Jesus Christ of Latter-day Saints. He was glad to talk with them, though he was not initially interested in learning what they wanted to teach him. James was firm in his faith in God and in fact thought he could teach the missionaries more about God than they could teach him. He heard some of the missionary discussions, but did not have a desire to get baptized.

James did, though, offer to help the missionaries in any way he could, including giving them rides to their other teaching appointments. James would give the missionaries a ride and then would often stay and listen to their non-member discussions with other investigators. Soon he heard the missionaries talk about the doctrine of baptism for the dead and that was a turning point for him.

James had often wondered why his grandfather, who never had a chance to even hear about Jesus Christ, would be denied salvation because he wasn’t baptized. The missionaries teachings that the living could be baptized on behalf of their deceased ancestors, thus giving the dead the opportunity to accept Jesus and receive saving ordinances, made perfect sense to James. Other teachings like sealing families for eternity added new knowledge to the testimony James already had of the gospel of Jesus Christ. Nothing taught by the missionaries seemed to detract from the gospel or contradict what he understood to be true, it only added new light and understanding. 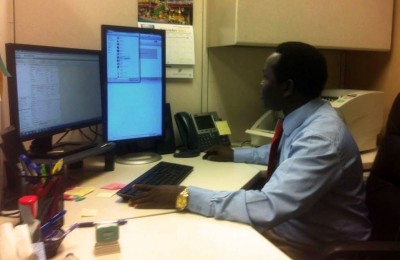 As James described his conversion to the Latter-day Saint faith, a quote from President Joseph F. Smith about spirit memories came to my mind: “All those salient truths which come home so forcibly to the head and heart seem but the awakening of the memories of the spirit. Can we know anything here that we did not know before we came?” (Gospel Doctrine, 13).

Soon, James was converted and baptized a member of The Church of Jesus Christ of Latter-day Saints. Now James is a student at Brigham Young University, and he works at the Global Service Center for the Church. I am amazed at James’ example of perseverance and faith, and I am grateful to call him a brother in the restored gospel of Jesus Christ.