Blog - Latest News
You are here: Home1 / Man of Faith: The Conversion of German Arrieta 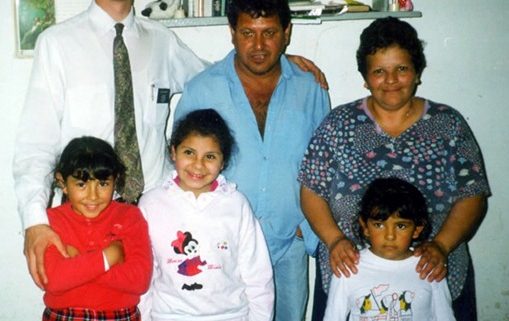 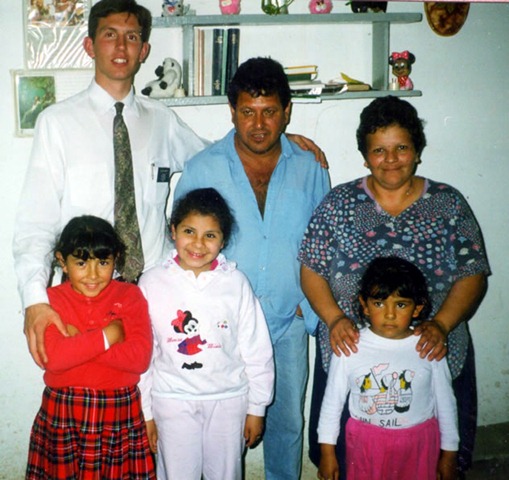 I met German (pronounced Herman) Arrieta on one of my first days in the Godoy neighborhood of Rosario, in April 1997. The previous missionaries had found German and taught him and his wife, Sara, the first discussion.  Then I was transferred to the area and arrived prior to the second discussion.  When we went to German’s house and taught the second discussion, Sara asked lots of questions, and seemed genuinely interested throughout the discussion, while German remained quite and pensive.

Two weeks before German’s scheduled baptism, he lost his job.  I expected this to be a stumbling block to German’s progression toward baptism, but once again, German surprised me with his great faith.  He told me, with extreme confidence, that he would find another job and begin working by the day after his baptism.

We continued to teach German and Sara the discussions, but Sara continued to have her doubts about the restored gospel and about getting baptized.  In one of the final discussions, we taught German the principle of the fast: going without food and drink for 24 hours to strengthen us spiritually, and to receive special blessings from our Heavenly Father. It was about 9 o’clock at night when we taught the lesson, and German said he was going to start fasting at that very moment.  He invited us to come back for dinner the next night at 9pm to break the fast with him.

German’s fast was a success, and his break the fast dinner was delicious. German had many tests prior to his baptism: the loss of his job, and his daughter became sick (we gave her a priesthood blessing and she immediately began to get better).  Throughout it all, German showed that he was a man of great faith. He came to the required two Sundays of church meetings, and was baptized on May 18, 1997.  His wife, Sara, and their two daughters, attended the baptism, but only German was baptized.  The baptism was a great event for all who attended, and true to his word, and as a demonstration of his faith in the Lord, German got a job the Monday after his baptism. 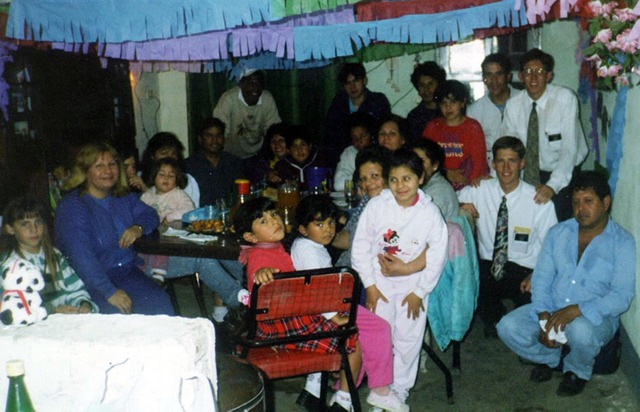 A few months later I got word that I was going to be transferred from the Godoy ward. German, and many other ward members, several of whom I baptized, arranged a surprise going away party for me.  The first and only such event in my mission.  It sure made me feel good that the people in this area loved me and would miss me when I was gone. You’ll notice German in the picture, he’s in blue on the far right. He has a gloomy look on his face because, though he was a big, tough guy, he was sad to see me go.  I, of course, was saddened too, and will always have fond memories and remember German and his great faith in Christ and His restored gospel.

Here’s a video of me telling the story of the conversion of German: