Blog - Latest News
You are here: Home1 / Arriving in Your Mission 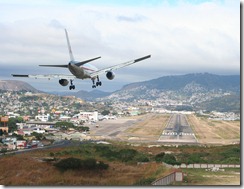 After your time in the MTC is up, generally 3 or 9 weeks, you will travel to your assigned mission. That might mean a drive down the street or a flight half way around the world. Arriving in your mission, for many missionaries, means culture-shock and fear of the unknown. Arriving in your mission as a new missionary is a different experience in every mission and for every missionary. But usually your mission president will see to it that you are properly oriented and taken care of when you arrive.

I recently wrote about the MTC when my brother, Michael, had just entered there.  Now he has left the MTC and he arrived in Poland this week.  Michael’s mission president took time to write about his arrival and the various activities he and the other new missionaries went through when they first arrived in the country. I thought it might be interesting to compare and contrast Michael’s experience arriving in Poland with my experience arriving in my mission in Argentina. 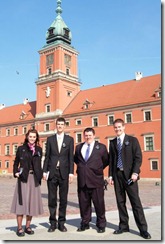 Arriving in the Poland, Warsaw Mission

From Torben Engbjerg, President of the Poland Warsaw Mission: “The new group of missionaries was met at the Frederic Chopin Airport here in Warsaw by my wife and I and our Assistants. Everyone seemed very excited to be here. We followed our normal procedure when receiving new missionaries. After having put their luggage in the mission van and bringing it to the mission home, we took them all to the “Rynek” (old market square), in the old city of Warsaw, where they were met by other missionaries with the assignment to give this new group of missionaries a first impression of street contacting in Poland. The weather was wonderful today, with the first signs of spring, the sun shining, as you will see in the pictures, so everything was perfect for them to have a great experience. 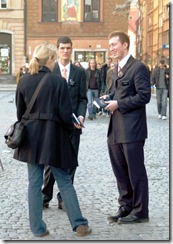 “On Thursday morning we will again take them to the mission office for further instructions and to be introduced to their first companion/trainer, who will come to pick them up from their various work areas. This moment is always filled with excitement and a bit of nervous feelings, before they all go by train, tram, or bus to their various work destinations.”

Arriving in the Argentina, Rosario Mission

I arrived in Rosario Argentina in December of 1995. Getting off the airplane I was nearly floored by the hot, muggy weather (remember, the seasons there are opposite those of the United States). Another thing that struck me was the military guards posted at the airport, carrying rifles and looking very intimidating. Two missionaries from the mission office met us (me and two or three other missionaries) at the airport and took us directly to the mission home. At the mission home we got a brief tour of the mission office, a building directly behind the residence of the mission president and his family.  Then the mission president and his wife spoke to us for an hour or so. A couple of highlights from that meeting were:

After the group meeting, each of the new missionaries had a one on one interview with the mission president. In that meeting he told us about our first assigned area and who our first companion/trainer would be.  After that, and within a few hours of arriving in Rosario, I was on a bus, all by myself, on my way to a city two hours to the north called Paraná.  Boy that was a scary bus ride.  I remember at every stop leaning over to the guy next to me and asking him in my broken Spanish, “Es esta ciudad Paraná?” (Is this city Paraná?). He and the bus driver were kind enough to make sure I got off at the right place.

So that was my experience arriving in my mission.  What was yours?