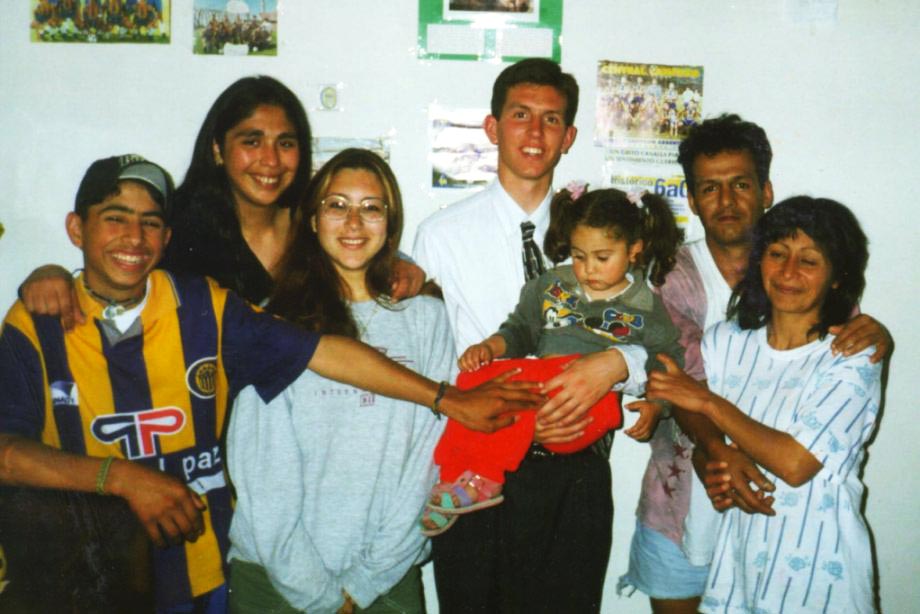 I served in the Arroyito Ward of the Rosario North Stake from August 13 to October 14, 1997. I was only in the Arroyito ward for two months. It was a difficult area to serve in for a variety of reasons, yet I served happily and well during that time. There were not a lot of residential neighborhoods in our area. Rather, we had a lot of shopping and businesses, including some busy streets in this area that had a lot of stores and shoppers. We usually spent a couple hours or more each day walking up and down these busy streets, asking people to talk to us. Percentage wise, very few people would stop and speak with us, but we opened our mouths none-the-less and we had a few conversations every day. Almost everyone who did speak to us, lived outside our area so we wrote down their name and address and sent the referral to the mission home so they could send the missionaries in that area to visit them.

Please note this article is one of a series of posts about my mission. Visit this summary page about my mission to Argentina to see my other mission areas and the conversion stories of people I baptized.

People We Taught and Baptized 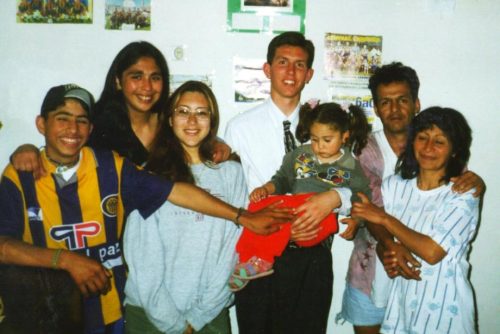 I had no baptisms while I was in Arroyito, but the man in this photo on the right, Alberto Gomez, was a recent convert. We were trying to teach the discussions to the rest of his family to get them baptized as well. From left to right: Damian, Susana, Romina (a cousin), myself, Carlita, Alberto, Silvia. 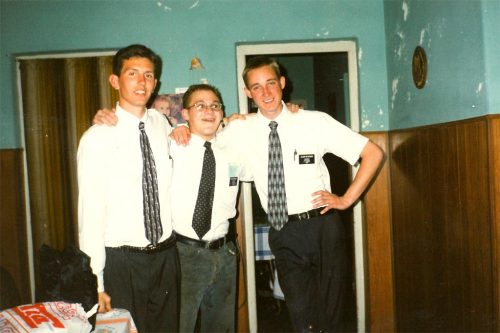 This is me with a member in the ward named Claudio Rodriguez and my companion, Elder Peterson. Claudio wanted to join the church for many years as a young man but his family prevented him. When he turned 18, he investigated the Church, took the missionary discussions, and got baptized. 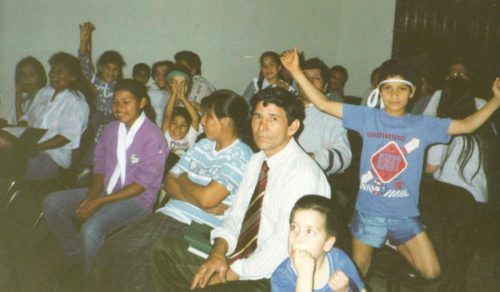 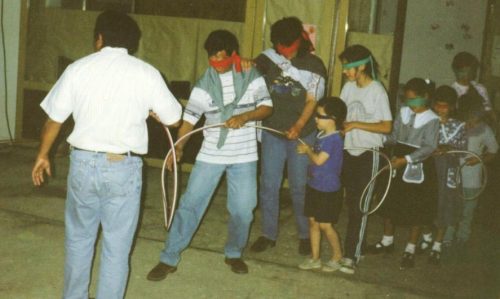 This same FHE activity. I think that hose is the iron rod in Lehi’s vision of the tree of life. 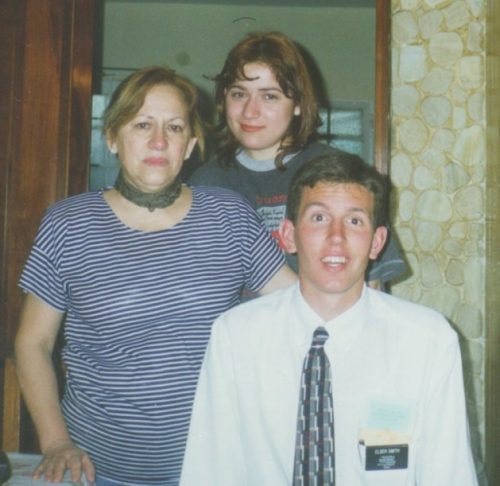 Sister Tello, her daughter Mariana, and myself. Every Sunday we ate dinner with the Tellos, including Abel, the father of the family who was not a member. 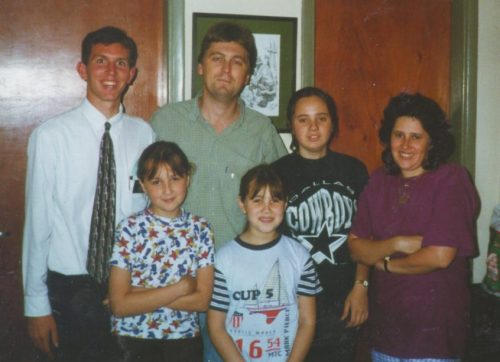 This is the Sola family. They were baptized about five years prior to this photo. Their youngest, a fourth daughter, is not in the picture. The father of the family is a chemical engineer with Exxon. They lived in a nice home and had a car and I can remember him giving a us rides a few times. They fed us dinner sometimes and once I even remember making them dinner. We had dinner crepes using my family recipe. 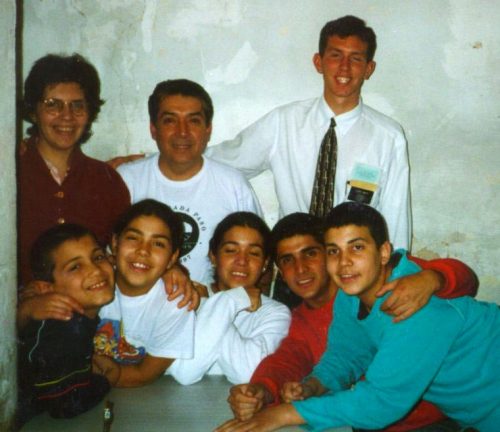 This is Bishop Ravello and his family. The only names I wrote down are the oldest three kids: Andres, David, and Ruth. 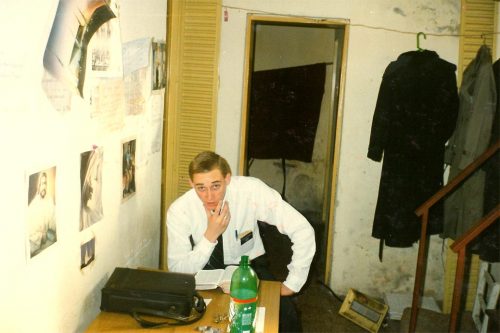 This is my first companion in Arroyito, Elder Peterson, sitting at the study desk in our apartment. 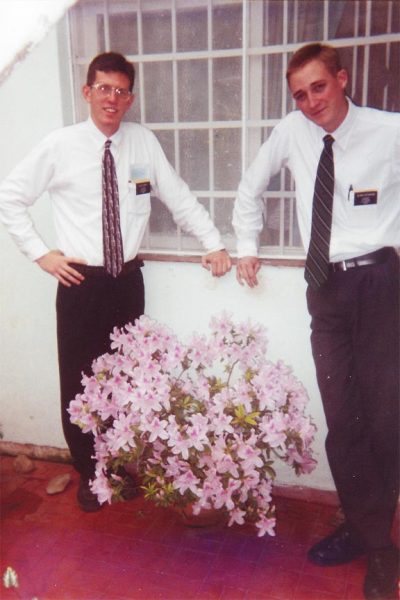 Here is Elder Peterson and I outside the Tello’s house. 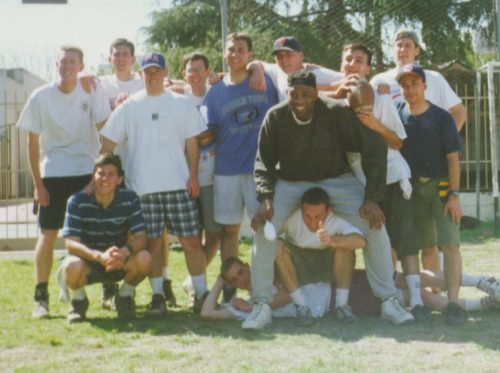 This is a P-day zone activity where we played American football. The missionaries are (left to right): Elder Decuster, myself, Elder Wasden (squating), Elder winter, Elder Merritt, Elder Nasal, Elder Jeppson, Eddie Pope, Elder Bray (squatting), Elder Peterson (laying on the ground), Elder Araya, Elder Bell, and Elder Rolon. I think Eddie might have been an American who was playing in the Argentine professional basketball league and some of the missionaries must have met him and started sharing the gospel with him. 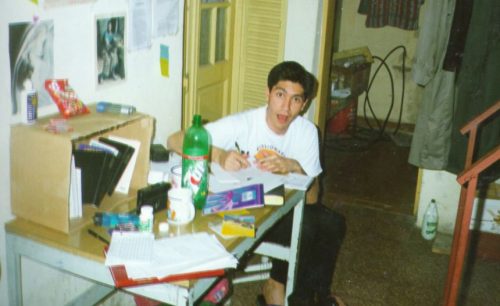 After a month with Elder Peterson, he was transferred and I had the priveledge of training a brand new missionary, Elder Lopez. Here he is writing to his family on P-day. 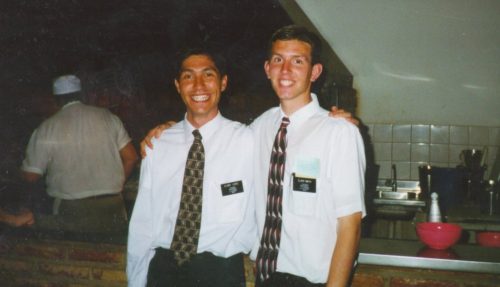 This is Elder Lopez and I at a zone lunch. One of only a time or two that I ate at a restaurant in Argentina. We asked the photographer to get a picture of all the cow parts that were being cooked on the grill. Unfortunately, all we got was the cook’s back. Oh the perils of film cameras. Too bad we didn’t have digital technology back then to know immediately if the picture had turned out. 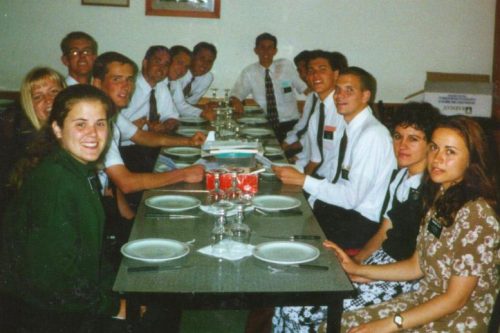 This was the same zone lunch as the picture above. They had an all-you-can-eat buffet for $5. A super deal. 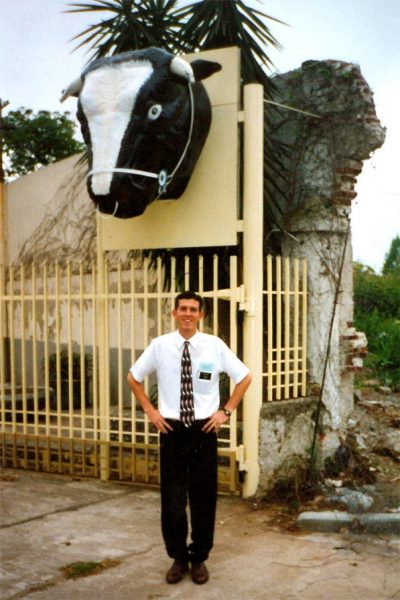 This is me in front of the “Vino Toro” (“Bull” brand wine) factory. Argentina is well known for their beef, so I thought it would be cool to get my picture in front of this giant cow’s head. 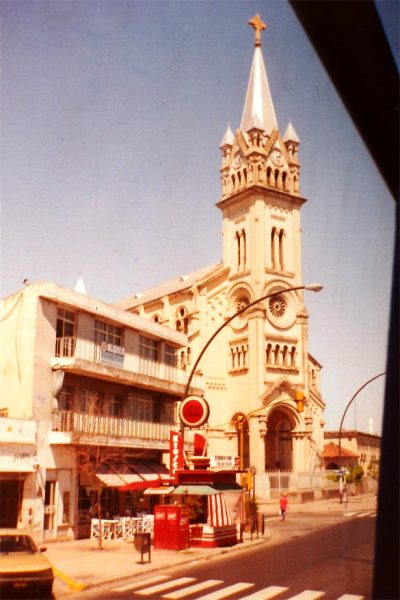 I had seen this Catholic Cathedral from the bus when I served in Beltran. We passed by it whenever we took the bus from Beltran to the mission home for interviews with the mission president. It turns out this church was in my area in Arroyito and we walked by it multiple times each day. 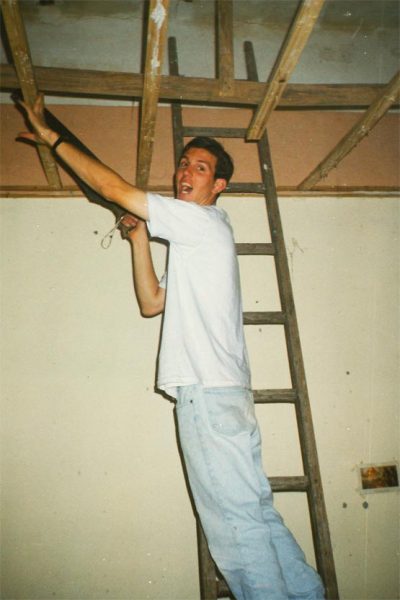 Here I am working on removing the drop down ceiling in our apartment. The plaster ceiling tiles had been falling and it was presenting a hazard. We talked to the land lord and got permission to remove all the tiles and the wood structure holding them up. It was our service project for the week. 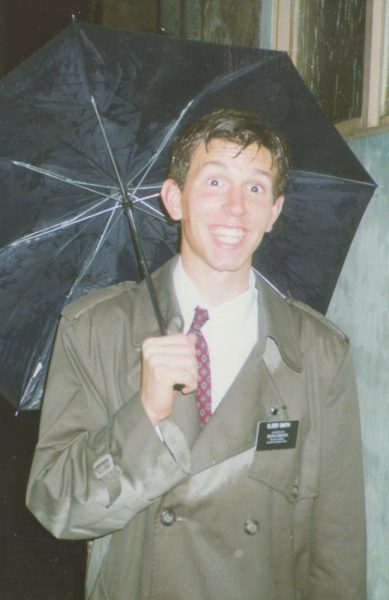 Elder Lopez snapped this picture of me with a huge smile on my face. I’m not sure why I was so happy. As you can see, we were just coming into our apartment after getting caught in a rain storm. I guess when you’re in the service of the Lord, he blesses you with great joy inspite of afflictions you might face. 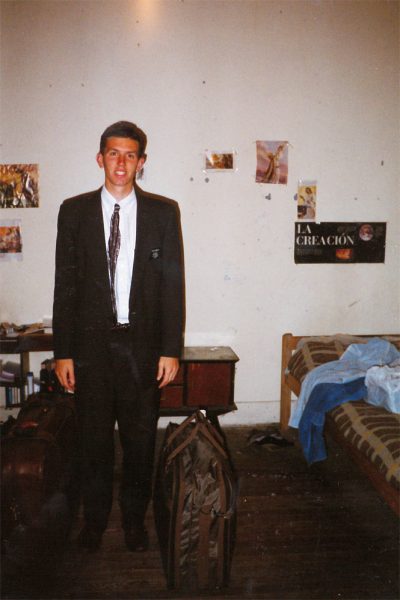 This was on my last day in the Arroyito area. I only had a month left in my mission and I assumed I would be staying in Arroyito for that month, but I suppose the Lord had other plans. I was transferred to the Saladillo ward and made a zone leader for my last month of my mission.