Mission presidents have many duties, including:

Relationship between Missionary and Mission President 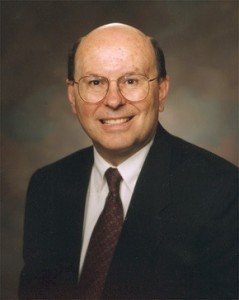 First Meetings with My Mission President

My first mission president, President Coburn, had a reputation for being very strict.  (You may recall some of the strict rules in our Argentina, Rosario mission that I discussed in my post about preparation day.)  I wasn’t too fond of the strict rules at first, but I eventually came to realize the blessings of those rules.  I had a brief interview with my mission president upon arriving the in the country.  He told me that he had been given my picture and other information from my missionary application, and that he felt inspired in assigning my area (the city of Parana) and my companion (Elder Loesener). 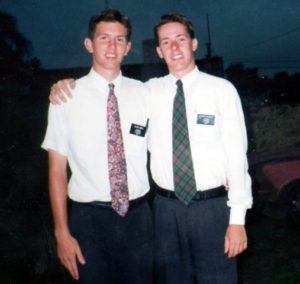 After about a month in the country, I had my first zone conference and accompanying interview with President Coburn. I had been having some disagreements with my senior companion, which I had mentioned in my weekly letters, as, perhaps, did my companion. President Coburn spoke very frankly to me at that time because, he said, he felt I could handle it. I felt honored by his statement, but those pleasant feelings vanished quickly as he “bajo la caña” (Spanish for “dropped the hammer”) on me.

My mission president told me to repent, to swallow my pride, to stop “kicking against the pricks”, and do better at following my senior companion, who was, in effect, my Priesthood leader. I went away from that interview fuming inside; I had never been spoken to in that manner by a Church leader.  It took me about a week, but in time I realized that President Coburn was completely right.  I tried to follow his advice and my relationship with my companion did improve.  (I also learned a valuable lesson I would never forget about sustaining Priesthood leaders.)

I will always love and appreciate President Coburn for the things he taught me. 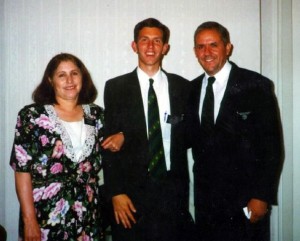 Sadly, I was only with President Coburn for 6 months when his term of service was up.  But my new mission president, President Ontiveros, though a different type of personality, was equally wonderful.  One thing that stands out most in my memory about President Ontiveros was a talk he gave on having your “eye single to the glory of God.”  He gave a powerful sermon based largely on the Helaman chapter 5 where Nephi and Lehi are imprisoned and fire encircles them without causing them harm.  Soon, in this chapter, a cloud of darkness overshadows their Lamanite captors.

President Ontiveros explained that these two events were physical manifestations of spiritual realities.  Since then I have always remembered that a spiritual “cloud of darkness” hangs over us when we make bad choices.  But when we choose the right and keep our eye single to the glory of God, we can withstand the fiery brilliance of God’s presence without being consumed.

Always obey, honor and sustain your mission president.  He was called of God to preside over your mission.  He will be one of the greatest influences for good in your mission, and you will develop a great love and bond with him.  He will place you where you need to be, in areas and with companions that are inspired of God.  Write good letters to your mission president every week and let him know how the missionary work is going in your area, how you are getting along with your companionship, and how you are personally progressing.  By so doing, he will be better able to counsel you and help you become the best missionary you can be.