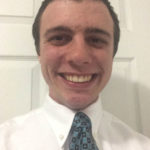 The following is an inspirational poem written by Charles Giroux, who served in the New York Rochester Mission of the LDS Church from 2014 to 2016. While serving in a particularly difficult area he felt inspired to write this poem in order to comfort some missionaries who were struggling under various circumstances. Though his mission was difficult at times, he thoroughly loved it and to anyone considering serving one he emphatically states that choosing to serve a mission is something you will not regret. The poem is published here by permission of the author.

Two Missionaries knock door by door.
People answer come back no more.
We’re all set so don’t come here.
We don’t want you to be near.
So the boys leave their yard
and keep on going, though it’s hard.

A man among the Zoramites
comes to give them back the light.
We know the truth they say to him.
We’re already saved upon God’s whim.
Still he pleads with his pure heart
that their new lives they might start.
Turned away he still moves on
because he knows it’s not a con.
Though hard the task his soul has taken
his love for them can’t be mistaken.

It’s an important message the missionaries tell.
It will save your soul from the depths of hell.
We mean by this that you’ll have joy.
But in their response, they still are coy.
They don’t see why it’s such a big deal
why this message could be real.

Right before the final battle
Nephites scream and walls do rattle.
It’s just a book they tell the kid.
How could evil those plates rid?
Yet the prophet knows himself
that the record does give help.
More precious than it’s weight in gold
are the stories that are told.
His friends around him do not know
that these tales help others grow.
Hunted by the winning team.
Saving others seems like a dream.
Yet he strives to hide away
what helps others fight today.
He gives his life for what they mock
while he’s hunted like a hawk.
His love surpasses their lack of care
so that truth he might share.

Gone from home he loved so much
and can’t return to live with such.
He misses family. He misses friends.
He feels his heart never mends.
He left behind an awesome job.
Sometimes he has to softly sob.
What he gave up to come out here
everything he held so dear.
He longs for home yet pushes through.
Acting in diligence he tries to do.
Away from home for two years.
The idea brings the boy to tears.

He left his land to go to preach.
His enemies he tries to teach.
The kingdom’s crown he left behind
to teach to people who aren’t too kind.
Though depressed yet he turns back
to give to them the message they lack.
Away from home for fourteen years.
The idea brings the man to tears.
But he can’t bear the solemn thought
that any soul would not be bought.
Bought from hell through heav’n above
so he goes to them to show his love.

An hour has gone and now the day
and all their efforts don’t seem to pay.
There was no spirit from on high
that spoke to the man walking by.
No tears did come to those they taught.
No miracle today was wrought.
The day’s a waste, so it seems.
Being a missionary is unlike their dreams.
One day wasted, just like the last.
So much time is in the past.
Two years gone and nothing to show.
The results of their work seem really low.

He preaches day and preaches night
yet no one sings choose the right.
The prophet hides within a cave
because of the word which he gave.
Filled with hate that does breed war.
The land is covered in blood and gore.
He has to watch his people die.
Their destruction is coming nigh.
His life now gone and nothing to show.
The results of his work seem really low.
But this man has more excellent hope
and that’s the way that he can cope.
The hope that all can one day love
and return with him to mansions above.

It’s ridiculous they tell the men
that man can know his God again.
We’ll shout at you from high and low
telling you you’ve got to go.
A sandwich thrown into your face
will surely show hate’s embrace.
Unwelcome guests missionaries leave.
Within their hearts they do grieve.

Dragged outside into the cold.
Your a liar he is told.
Tar and feathers were applied.
In the cold his baby died.
Kicked around from state to state.
Surrounded by a world of hate.
Yet he strives his very best
to declare love to the rest.
And though hated yet he’ll love
for his call was from above.

Two young men talk to a crowd.
They try their best to not be loud.
I know myself he saw them both
and through his words we might have growth.
The crowd yells back Tis all a lie.
Tis all a cult that should just die.
The scream the louder worse and worse
pointing at a Bible verse.
It is the work of sinful men
to say that God can speak again.
They say his work is done away.
God can’t add to his word today.
The young men take it to their heart.
They have done all their part.
Though with eyes yet they’re blind
for they haven’t yet an open mind.
It’s blasphemy, they say,
to think God works today.
The young men’s love drives them on
to bring others the lighted dawn.

One noble man stands midst a crowd.
At Him they jeer. No knee is bowed.
They strike Him hard and mock their God.
Emmanuel. Their iron rod.
A king, they say, He claims to be.
There is no crown on Him I see.
Let’s fashion one of plenty thorn
and cast on Him all our scorn.
Humbly He bears it all.
The sheep do not hear His call.
We have the law that Moses gave.
Has he come out of his grave?
Free us from the Roman nation.
Then we will believe Your station.
Until then You’re just a fraud
and not to us the Son of God.
It’s blasphemy, they say,
to think God lives today.
Yet He rescues that lost one
while ninety-nine only shun.

Every night and every day
the missionaries get down to pray.
They pray for help from above
for those people they’ve come to love.
Their hearts are open desires pure.
They want for others heaven’s cure.

In the garden during night
that one man prays with might.
He pleads with heaven for that grace
to save us all the human race.
Though rejected and despised
He gives them love they still deny.
He suffers all to make us free
that we one day might ransomed be.
He fears not how many go above.
For there’s not numbers only love.
So don’t despair it’s all been done.
It’s all been suffered by the Son.
What’s hard for us was hard for Him.
But even so, He did not sin.
We may struggle. So did the best.
Let’s mirror Him more than the rest.
Each hard step, though might seem grim,
will bring you closer unto Him.
Will make you brighter of a light
to dispel darkness of the night.
So men may find the way to Christ
Who payed for us the greatest price.
Paid in pain from above
to show to us the greatest love.

Preparing to Leave on a Senior Mission
Scroll to top