Blog - Latest News
You are here: Home1 / Cost to Get Ready to Go on a Mission

Summary: The cost to get ready to go on a mission (to buy clothes, suit cases, and other gear) varies depending on the mission and personal situation of the missionary, but the average is around $2,000. 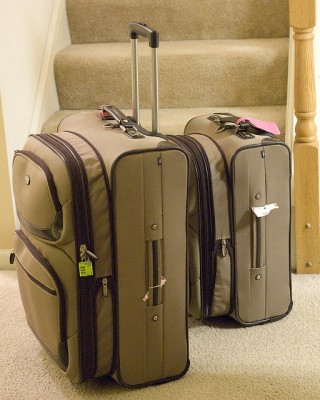 One question that has come up often from readers is how much money to have saved to buy missionary clothing list, suit cases, and other gear (dresses, suits, shoes, socks, garments, pajamas, toiletries, winter coat, sheets, etc.) before going on their mission. These purchases are in addition to the monthly cost of a mission, but similarly must be paid for by the missionaries, and their families, themselves.

While the needs of ever mission and missionary are different, making it difficult to estimate these costs with exactness, many future missionaries would benefit from a ball-park estimate of how much to expect to spend to get ready to go on their mission. So I reached out to several families in my stake who had recently sent missionaries out and I asked them how much it cost to get ready to go on a mission. The responses varied from $1,000 to over $3,000.

One mother replied who has sent two daughters on missions. She estimated that with the purchase of temple garments, clothing, suitcases, and other things, they probably spent close to $1,000. She feels like, based on helping some nephews getting ready to go mission, that it’s probably less expensive to send out sister missionaries than elders, primarily because suits are more expensive than dresses. Of course, she notes, there are a lot of variables depending on where they go to serve. She also had some advice for parents and future missionaries–get things for the mission along the way during their teenage years, like the missionary reference library and some items of clothing,  so you don’t have to buy everything at once.

One father who has sent two sons on missions, said that each time it was around $1,500 for clothes, suitcases, bedding, etc. He remarked, though, that neither son had to buy a bike and that could have easily pushed the cost to $2,000 or more. You see, costs of getting ready to go on a mission, including clothes and equipment such as bikes, will vary depending on the specific mission needs and requirements. Some missions in the US and elsewhere even require the missionaries to buy technology such as an iPad (which they get to keep at the end of their mission).

Another mother responded who’s son went to Argentina. She kept detailed records of the costs because she has three more sons to send on missions in the coming years. His mission required two suits plus full winter gear, but she also bought him a few additional items, such as extra shoes, spending about $1,600 total on clothes alone. Additionally, she spent a couple hundred dollars on a camera and supplies for it, a couple hundred on luggage, and several hundred on toiletries and other miscellaneous items (power converter, laundry bag, shoe shining, towels, sheets, watch, messenger bag, journal, first aid kit, etc.). Then there were the costs of his Visa and Passport, and this particular son wears contacts and so there was also the cost of a two year supply of contact lenses. The grand total for getting this son ready to go on his mission was about $3,200. 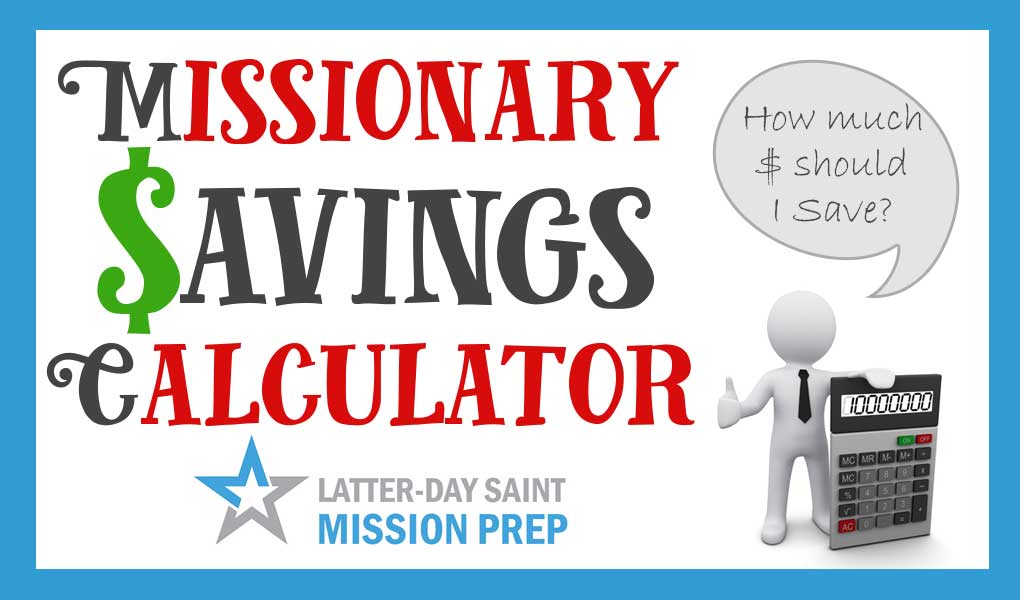 So as you see, the cost to get ready to go on a mission can greatly vary. How much will you need to save? It’s had to say exactly, so if I were you, I’d err on the conservative side and save at least a couple thousand dollars. Good luck!

P.S. To calculate how much money you’ll need to save for your mission, please check out our mission savings calculator.