Blog - Latest News
You are here: Home1 / Lessons Learned from Sheep and a Shepherd 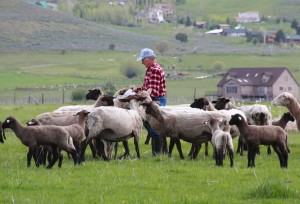 The Savior uses sheep and shepherd analogies throughout his teachings and throughout the scriptures. To understand these teachings better, my co-workers and I recently visited a sheep farm in Huntsville, Utah. We spoke with the shepherd and learned much about lambs, sheep, and shepherding.

A Good Shepherd Risks His Life for His Sheep

The name of the shepherd we spoke with was Leon Fielding. Brother Fielding told us many stories about how he sacrificed sleep and risked his life to care for and protect his sheep. He said in the time of year when the sheep give birth, he will go days without sleep, so that he can be there to take care of the new lamb when it is born. He has also stayed up all night in a tree on his farm to protect his flock from coyotes. 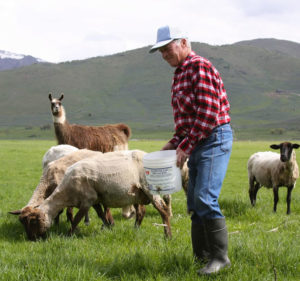 “He that is an hireling, and not the shepherd, whose own the sheep are not, seeth the wolf coming, and leaveth the sheep, and fleeth: and the wolf catcheth them, and scattereth the sheep.” (John 10: 12)

Brother Fielding doesn’t have to defend his flock against wolves; where he lives coyotes are the prevalent predators that try get his sheep. Brother Fielding mentioned something interesting about the coyotes if they ever happen to get in the sheep pasture: they attack the strongest sheep first. He speculated that this is because the coyotes enjoy the challenge. It may also be due to the fact that with the strongest sheep gone, the smaller, weaker ones will be easier to get. (Note the llama in the photo helps protect the sheep from coyotes.)

I think the same is often true within the Savior’s flock, that Satan frequently attacks the strongest among us. I saw many investigators on my mission that, as they started to progress in the gospel, they frequently would begin to encounter trials and temptations. Those of great faith would conquer those trials and come through even stronger in their testimony (like the Almada family).

A Good Shepherd Knows His Sheep 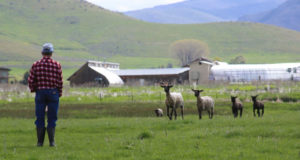 Brother Fielding knows exactly how many sheep are in his flock. He knows if the coyotes get one, and he knows if a stray sheep finds its way into his flock.  He knows his sheep, their names, and their personalities. He knew that there was one sheep in the flock that would rub up against him and have Brother Fielding scratch his neck all day if he would let him. And sure enough, as soon as he called them over, that sheep came to him for a back rub. 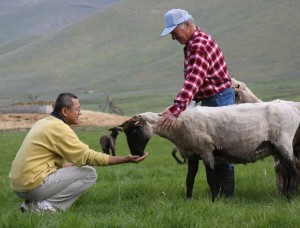 As soon as me and my co-workers walked up to the gate outside the field, the sheep all walked to the far side of the field. We were wearing strange clothes and we were talking in voices they did not recognize. But once their shepherd, Brother Fielding, called for them they came right over, walked among us, and some of the sheep even took food from people in our group. (And you better believe the llama was keeping a close eye on us throughout.)

In the mission field, you represent the Savior and therefore your voice is his voice in gathering His sheep into the fold through baptism. In my mission, I learned that those who are true followers of Christ will recognize that the restored gospel we preach comes from the Good Shepherd, and they will want to join the Church. “Ye are called to bring to pass the gathering of mine elect; for mine elect hear my voice and harden not their hearts.” (D&C 29:7) 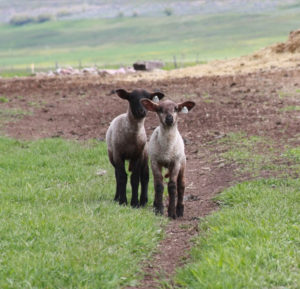 “And he spake this parable unto them, saying, What man of you, having an hundred sheep, if he lose one of them, doth not leave the ninety and nine in the wilderness, and go after that which is lost, until he find it? And when he hath found it, he layeth it on his shoulders, rejoicing.” (Luke 15:3-5)

Sheep are quick to flee and panic in the face of stress which makes shepherding a difficult task for the untrained shepherd. But sheep also have a natural inclination to follow a leader, though in the absence of a shepherd a leader is often simply the first sheep to move.

So it is with people, particularly young people. With proper leadership and examples, youth tend to live up to expectations and follow righteous paths. But frequently young people follow the crowd or the example of friends and peers. It is often in these times that they get lost from the Savior’s fold. Thankfully, we have parents, home teachers, and other Church leaders who will leave the ninety and nine to go rescue the lost sheep. 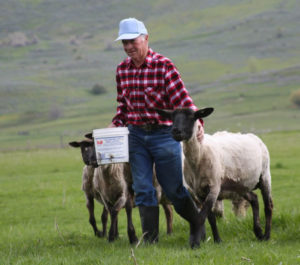 All photos in this post are courtesy of Patti Rokus.