Blog - Latest News
You are here: Home1 / What is the Priesthood?

When I was a student at Brigham Young University, I took a class on the Doctrine and Covenants with a professor named Dennis Wright.  It was one of the more difficult religion classes I ever took, but it was also probably one in which I learned more than most.  I remember studying some sections on the priesthood, and professor Wright introduced the topic by asking the class: what is the priesthood? 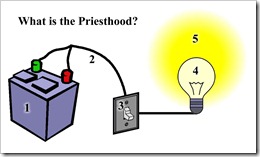 He then showed a diagram, like the one to the right, and asked, which of the five elements represented the priesthood:

After different students in the class raised their hands and guessed all five different answers, Professor Wright said that his was a bit of a trick question.  He said all the students were right because, depending on the context in which we use the word, any part of the diagram could be representative of the priesthood.

The battery symbolizes that God is the source of all priesthood power.

The wire reminds us that we must be clean and worthy to carry priesthood power.

Metals are used for electric wires because they are good conductors, that is, they conduct the flow of electricity very easily. Through metal wires, electric power is channeled from the power source to wherever it needs to go. We can think of the priesthood as that channel that allows the power of God to flow to us on Earth, but that power only flows through good conductors. To be a good conductor of priesthood power, priesthood holders must be clean and worthy. 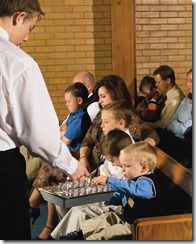 President Thomas S. Monson, in his April 2009 talk called Be Your Best Self, said, “Each man and each boy who holds the priesthood of God must be worthy of that great privilege and responsibility. Each must strive to learn his duty and then to do it to the best of his ability. As we do so, we provide the means by which our Heavenly Father and His Son, Jesus Christ, can accomplish Their work here upon the earth.”

God gives His priesthood authority to worthy men, and that priesthood can and should only be used in righteousness. This is how the Lord said it in D&C 121: 41 -42, “No power or influence can or ought to be maintained by virtue of the priesthood, only by persuasion, by long-suffering, by gentleness and meekness, and by love unfeigned; By kindness, and pure knowledge, which shall greatly enlarge the soul without hypocrisy, and without guile.”

The light switch is like priesthood keys: The power to turn on and off the power.

Jesus Christ holds all the keys of the priesthood, and he has given the prophet and apostles in the Quorum of the Twelve the keys that are necessary for governing His Church. Only the senior Apostle, the President of the Church, may use (or authorize another person to use) these keys for governing the entire Church. The President of the Church delegates priesthood keys to other priesthood leaders so they can preside in their areas of responsibility. Priesthood keys are bestowed on presidents of temples, missions, stakes, and districts; bishops; branch presidents; and quorum presidents (even Deacon and Teachers Quorum Presidents). (From LDS.org: Gospel Topics: Priesthood)

The light bulb is like priesthood holders: Men such as Apostles, Bishops, Deacons, etc. 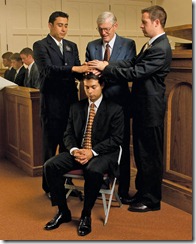 God gives priesthood to men in the Church so they can act in His name for the salvation of His children. All worthy male members of the Church are eligible to receive the priesthood and be ordained to a priesthood office. Aaronic Priesthood offices include Deacon, Teacher, Priest, and Bishop. Offices of the Melchizedek Priesthood include: Elder, High Priest, Patriarch, Seventy, and Apostle.

Priesthood offices are not status symbols but opportunities for service. High priests and elders are equally responsible to serve faithfully in the offices to which they have been called. All priesthood holders assist our Heavenly Father in accomplishing His divine purpose: ‘to bring to pass the immortality and eternal life of man.’ (Moses 1:39.)…Although we speak of the Melchizedek Priesthood as the greater priesthood, we must not misunderstand the importance of the Aaronic Priesthood. The service given by a faithful bearer of the Aaronic Priesthood is just as important in the eyes of the Lord as the service given by one holding the Melchizedek Priesthood. (From The Priesthood: A Lifetime of Service)

Former Church President Joseph Fielding Smith said in the June 1971 Ensign, talking to priesthood holders, “We are the Lord’s agents; we represent him; he has given us authority which empowers us to do all that is necessary to save and exalt ourselves as well as his other children in the world.” And another former Church President Harold B. Lee said in the July 1973 Ensign, “When we [act] in the name of the Lord, as holders of the priesthood, we are doing it in the name and in behalf of our Heavenly Father.”

The light shining is like priesthood blessings in our lives. 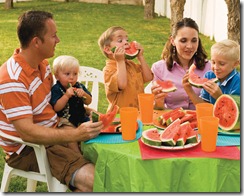 Priesthood holders can be authorized to preach the gospel, administer the ordinances of salvation such as baptism and the laying on of hands for the gift of the Holy Ghost, and otherwise bless people on this earth.  President James E. Faust, former counselor in the First Presidency, in a talk called “Priesthood Blessings”, said these priesthood “blessings are available to all who are worthy through those authorized and even appointed to give priesthood blessings…Priesthood blessings do not just involve men. They bless equally and fully the women and children of the family.”

The most important use of the priesthood takes place in the family where each husband and father in the Church should strive to be worthy to hold the priesthood. With his wife as an equal partner, he presides in righteousness and love, serving as the family’s spiritual leader. He leads the family in prayer, scripture study, and family home evening, and gives priesthood blessings for direction, healing, and comfort. Though many members do not have faithful priesthood holders in their homes, through the service of home teachers and priesthood leaders, all members of the Church can enjoy the blessings of priesthood power in their lives. (once again, from LDS.org: Gospel Topics: Priesthood)

View and download a Lesson on What is the Priesthood that I put together.