Blog - Latest News
You are here: Home1 / Always in the Middle of Your Mission 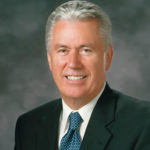 President Dieter F. Uchtdorf, Second Counselor in the First Presidency of the Church of Jesus Christ of Latter-day Saints, gave some insightful advice for missionaries in his July 2012 message in the Ensign magazine. He said that if you act like every day is the middle of your mission, regardless of whether it is the first day or the last day, then you will approach the work with an optimal level of humility and confidence. Confidence because in the middle you’re not new and inexperienced, and humility because in the middle you still have much to learn and you rely on the Lord’s help.

Here’s how President Uchtdorf said it:

When I speak to our young missionaries, I often tell them they are in the middle of their missions. Whether they just arrived the day before or are to depart for home the day after, I ask them to think of themselves as always being in the middle.

Whatever the circumstances and wherever they serve, the truth is that the Lord’s missionaries are daily sowing countless seeds of good tidings. Thinking of themselves as always being in the middle of their missions will embolden and energize these faithful representatives of the Lord. As it is with full-time missionaries, so it is with all of us (Always in the Middle, President Dieter F. Uchtdorf, Ensign July 2012).