Blog - Latest News
You are here: Home1 / Our First Two Weeks as Senior Missionaries at the Denton LDS Institute 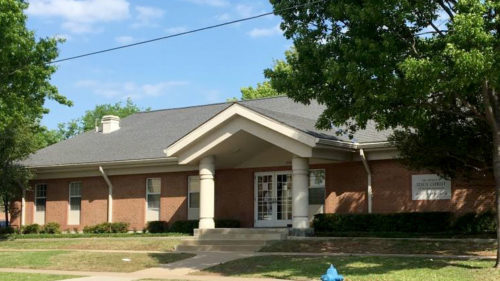 Terry and I have now been in Texas for two weeks. We are finding much satisfaction in our particular assignment–working with the young single adults in Denton, Texas. The main part of our assignment is to host the LDS Institute Building in Denton. The building is right next to the campus of North Texas University (which has over 45,000 students) and is very close to the campus of Texas Woman’s University (with another 13,000 students). 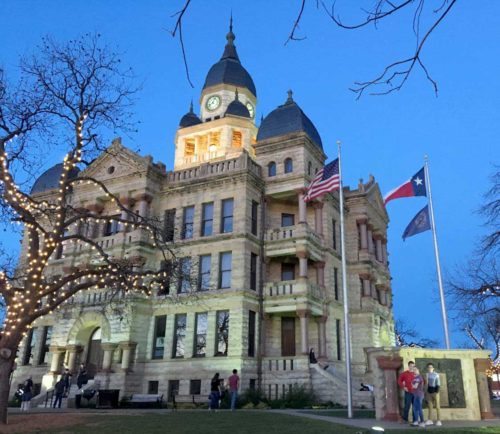 Denton, Texas is about 40 miles north of Ft. Worth, Texas. It has a population of about 114,000. It is a college town, now. The town was founded in the 1840s. Here is a photo of the County Court House that was built in 1896. (It is now used as a museum.) It is right in the center of Denton, and it is the center of activity in the community on evenings—especially Friday evenings. There are a number of eating places, bars and entertainment places around the “Square” in Denton. As we walked around the Square last night, there were hundreds of college students there—eating, socializing and listening to music. As you can see, the architecture of the old Court House is really unique. It is built of a local limestone.

Saturday is our Preparation Day–with certain exceptions. For example, today we will be at the Institute for seven hours in connection with General Conference. Between sessions we had a nice meal prepared and served by Kevin and Natalie Clayton. Kevin Clayton is the Institute Director, under whom we serve. He and his wife Natalie have a cute little family.

Two weeks ago we went to a Mission Conference on Saturday morning–where we met with Elder Ronald Rasband (of the Twelve), Elder Donald Hallstrom (of the Presidency of the Seventy), and Gerald Causse (Presiding Bishop). That was a very nice meeting–it is very rare to ever have a meeting away from Salt Lake City where more than one General Authority is in attendance. What I remember most from the meeting with Elder Rasband is the powerful peace that I felt in his presence. 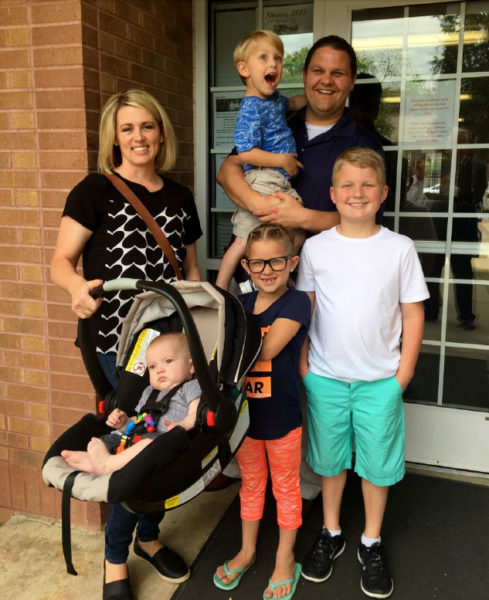 Teaching has been a wonderful opportunity and experience for us. It has been uplifting and inspiring to get to know and to help the students in our classes. We love testifying of the different truths that are presented in these classes. We have 37 students in one class; 16 in another; and 8 in our third class. The biggest class is held Thursday night at 7:00 p.m. What a blessing it is for us to join with these students–some of whom are over 40 years old–in discussing and exploring different aspects of the gospel of Jesus Christ, and in feeling the presence of the Spirit, confirming the truthfulness of key truths.

Elders Hill and Harris are the two full-time missionaries that are assigned to the Denton YSA Ward. We think they have one of the best assignments in the entire mission; there are several non-member students currently being taught the gospel; there have been a half-dozen baptisms in the ward in the last few months. There is a lot of positiveness and enthusiasm among the students who regularly come to the Institute building. One of our jobs is to keep popcorn in the popcorn maker. A lot of the students hang out at Institute, where there is a place to sit and study, eat snacks, and associate with others. We also provide three free meals a week to the students–lunch on Tacos Tuesday (provided by the Denton YSA Ward); Mix N Mingle dinner on Wednesday (provided by the Denton YSA Ward bishopric); and lunch on Forum Friday (provided by the Institute). Mom and I are responsible for preparing and serving the last meal. So far, Terry’s meals have been very well received. 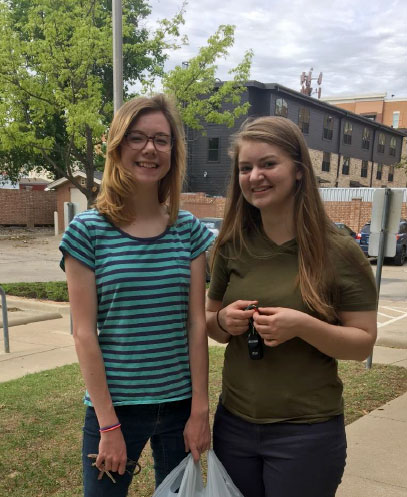 Her sister said that verse 40 merely makes the point that there are different levels of glory in the resurrection, and not that “Celestial” and “Terrestrial” are the specific names given to two of the kingdoms in heaven. I told Myranda that I don’t know if the Apostle Paul was or was not specifically naming the two highest kingdoms “Celestial” and “Terrestrial.” Whatever you call them, the point Paul was making in verse 40 was that there are different degrees of glory in heaven, and that the level of glory that we attain will depend upon how we fare in the judgment, for all will be judged according to our works. I told her that the fact that there is a judgment implies that there will be different levels of reward in heaven, and that Paul made other references to being “caught up to the third heaven” (2 Corinthians 12:2). This implies that there are two other heavens, or levels of heaven.

I also mentioned to Myranda that the most significant information we have about heaven is introduced in some of the following verses:

I hope that this was helpful to Myranda. I think it was. What an opportunity and blessing it is to be able to be with and help people who are addressing these issues.

Yesterday, at Friday Forum, Terry and I had just completed our final preparations for the lunch meal at noon, as the Forum was starting. Suddenly, Brother Clayton, the Institute Coordinator, took me aside and said that the scheduled speaker, Patriarch Al White, would not be coming–that he had forgotten. Brother Clayton asked me if Terry and I could make our presentation that day, rather than a week from now, as we had been planning to do. We said we would do it. My presentation was on Finding and Fulfilling Your Divine Mission in Life. I had already prepared an outline for next week, and I had it ready. Mom told one of her stories, and I spoke about each of us having a divine, personal mission in life. Our presentations seemed to be well received.

Terry and I are happy in the service of the Lord.

Our Experience at the MTC as Senior Missionaries